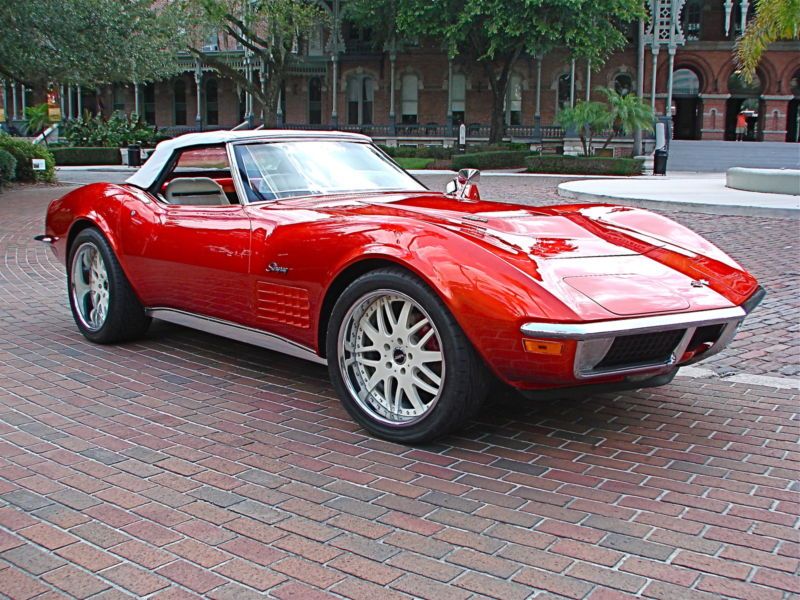 This car is has had a body off restoration. Bought by the Owner of Extreme Motorcar, this Corvette has had no
spared expense making this LOW mileage ( 5325 miles with rebuilt engine ) an almost perfect restored , numbers
matching classic investment car . THE CAR runs FLAWLESSLY. This is NOT a typical restored classic.. This car has
been restored to highest of levels and has new stereo with modern technology, but looks stock. New tires. Custom
designed wheels. Special custom paint, white convertible top ( have original hard top ) and off white interior.
Snake skin center console and snake details on door panels. ALL original with all numbers matching. Non stock
intems are the cars color. Was originally Donnybrooke Green with tan interior. We have original rally wheels . Car
is a 4 spd, a/c car. Valuable ! This was the last high horsepower corvettes.