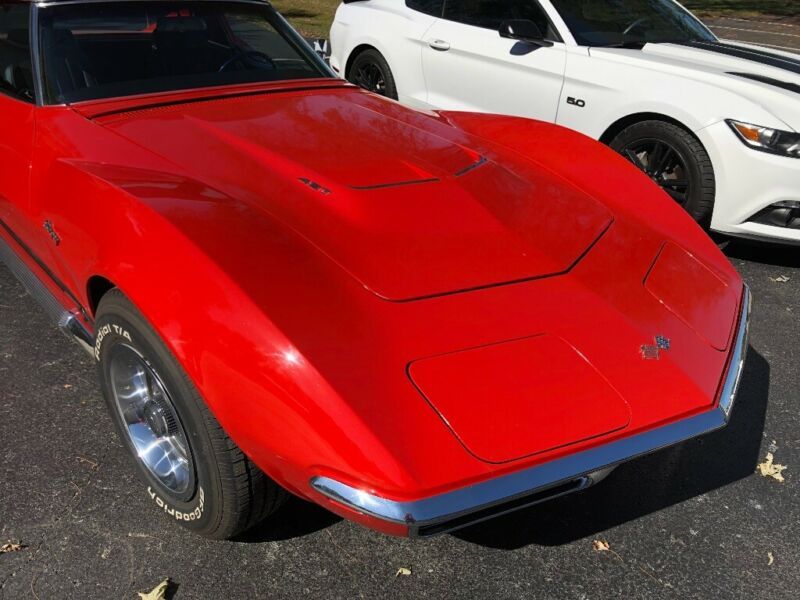 The car has matching numbers (VIN, motor, and transmission). It is a 4 speed manual transmission, 427 motor, with
side pipes. The paint is not original. No signs of any accidents or damage to the vehicle. I have had it on a lift
and the undercarriage is clean!