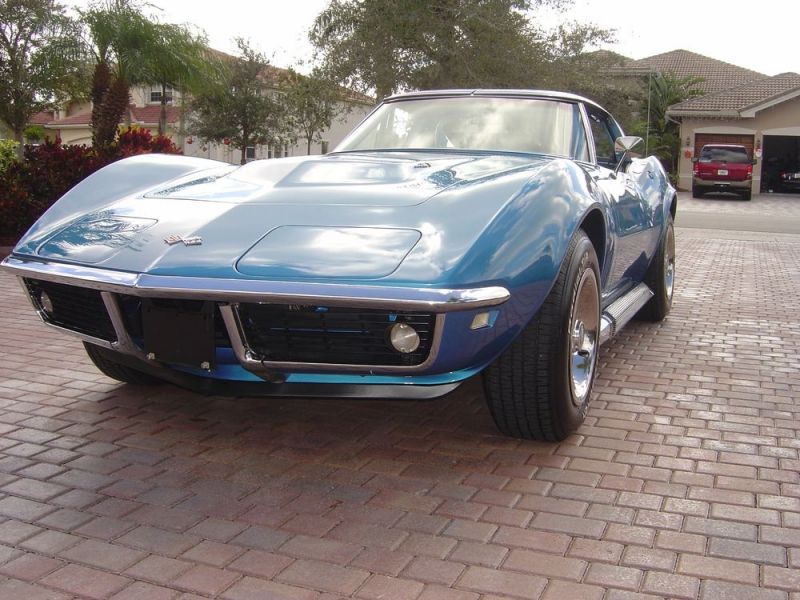 If you have any questions please email at: annamaeasstocke@wolvesfans.com .

1968 CORVETTE 427/435 in LeMans BLUE.
Frame on restoration. Undercarriage in excellent condition. Suspension and rotors redone. Engine & transmission
overhauled by previous owner. New door panels, carpet, 3 compartment storage bin for rear. Entire electrical system
in excellent condition,. New aluminum radiator and 5 blade fan. Have retro tires with red band and hubcaps to match
the side pipes. Installed BF Goodrich tires on rally sport wheels. Radio works in great condition. Have original
door panels with built date sticker. Everything that was replaced, was saved and will be included with the car.