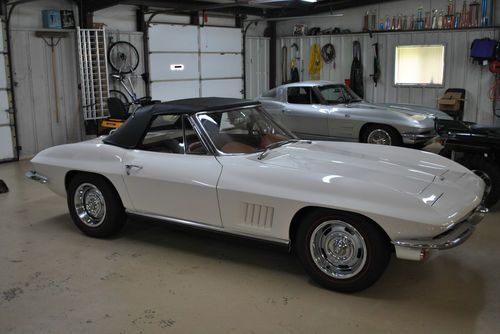 If your looking for a good one here it is.!967 corvette roadster that has been top flight certified by NCRS.Car is all matching numbers including engine,trans,rearend,all glass,soft top dated,spare tire correct,jack,window sticker,protecto plate,Top Flight certificate,tank sheet still on tank,owners manual.This little vette has super nice body and frame.Car has t-3 headlights and everything works.New redline radial tires,4-speed,power steering and air condition added. This vette is ready to go. Drive anywhere.If you have any questions it is better to call James @ 662-417-0522 as i am working and not by computer very often,thanks.