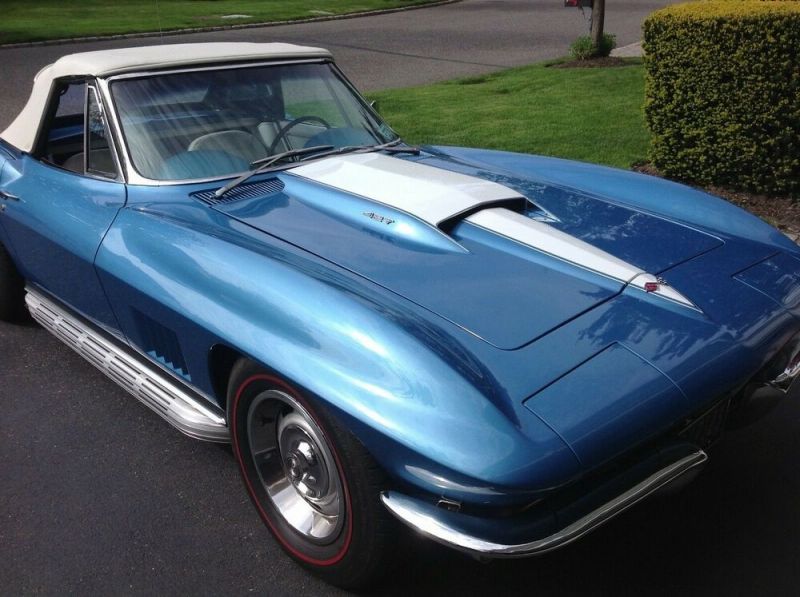 Feel free to ask me any questions about the car : shirlskkoenig@newcastlefans.com .

1967 Corvette 435 Tripower fresh frame off restoration. Every nut, bolt and clip correctly restored. Everything on this car has been restored down to the working radio and dated seatbelts. Motor, transmission & rear all rebuilt to original spec. Paint and interior all fresh. The bottom of this car looks as good as the top. Car has all the original bonding stops. Stainless steel brake lines and exhaust. Car has the correct dated block but is not stamped.