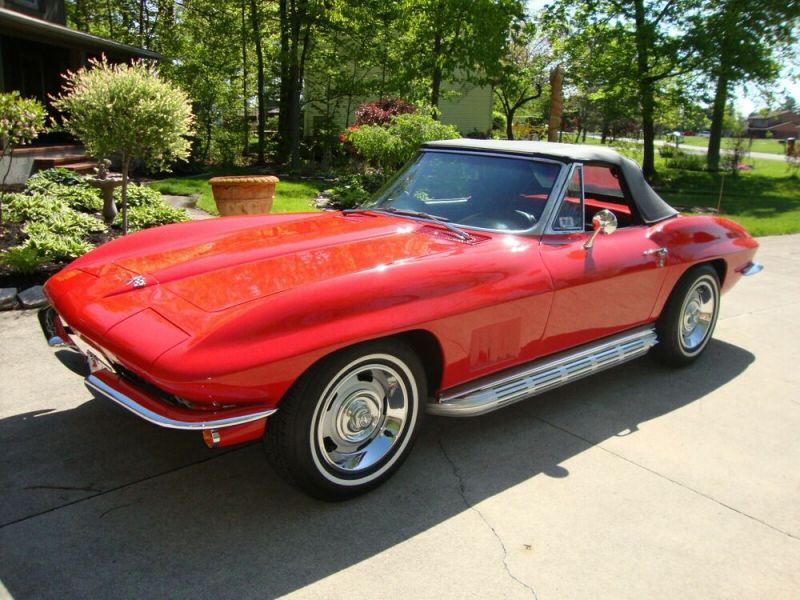 If you have any questions please email at: debidrrulon@ukforum.com .

Numbers matching 327/300 HP engine backed by 4 speed manual transmission.
Car is recent ground up restoration. Paint is original Rally Red and Dupont Base Coat Clear Coat. On a scale of 1-10, 10 being the best the paint is an 8 1/2.
New convertible top and rally wheels. New chrome bumpers. This car is above excellent condition throughout.