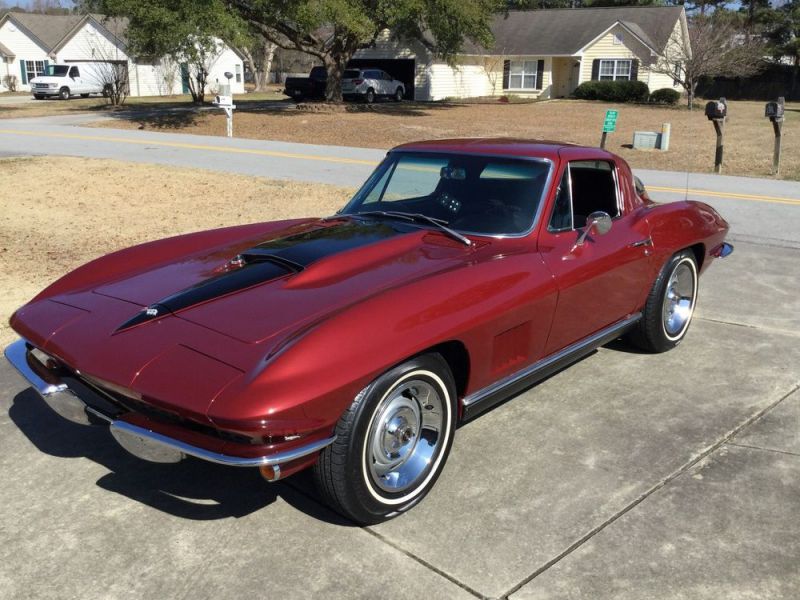 If you have more questions or want more details please email : dennisedhhendricksen@uksurveyors.org .

"The 327 engine was rebuilt ten years ago with the original Double Camel back 202 Valve heads, The Block was trued so the Numbers do not exist, Still retains the original GM aluminum Intake and Tach drive distributor, New direct replacement Holley carb.

The car was repainted about 15 years ago and while there are a few nicks here and there, the paint is stunning in the sunlight. It's a gorgeous metallic maroon and is very impressive.

The Powerglide was removed and a new Turbo 350 and torque converter was professionally installed, Very nice upgrade - makes the car much more practical, Original shifter still in place and works perfect.

The rear end was refurbished along with both trailing arms, So everything is road ready and dependable.

The headlight Motors are both new and they work Perfect, Every Light and/or Gauge, including the clock, is in perfect working order.

All new Power Brakes, complete with rotors and calipers, stops on a dime with no pulling side to side.

The Tires are all New with a 4 wheel alignment, Drives straight and Very nice, no vibrations.

The Exhaust is one year old and still retains the factory manifolds and chrome exit tips.

The Black leather interior is in great shape and the inside smells like new, A rich clean leather smell.

A new car cover is included in the sale.