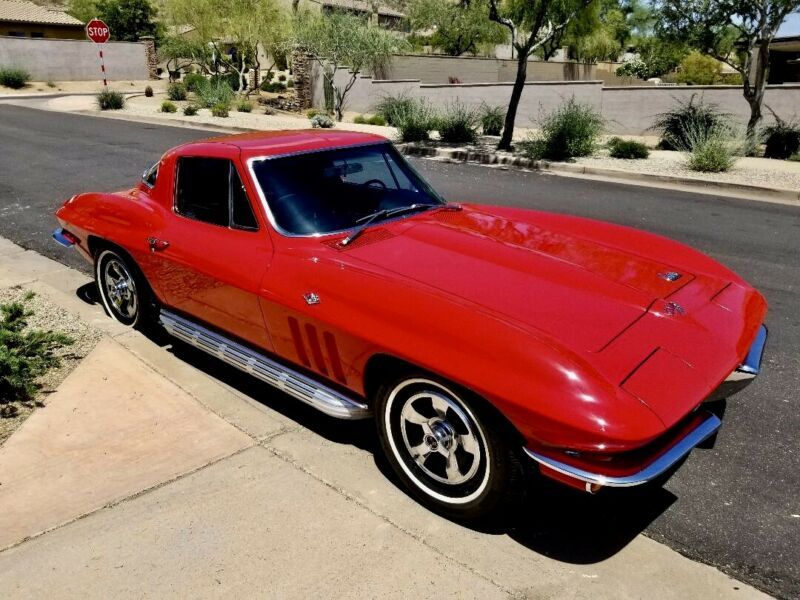 1 of 2401 with Powerglide Transmission

1 of 5611 with Factory Power Steering

In 1966 27,720 Corvette Sting Rays were produced. Only 9,958 were Coupes, and only 2401 were fitted with the
Powerglide Automatic Transmission. This is a beautiful example of the 1966 Corvette Sting Ray Coupe. no chips or
scratches on windshield. Back glass original and nearly perfect. Side windows excellent. No rips in seats or
carpeting. A great driver, smooth, straight, and responsive. Paint is about a 9 out of 10, no stress cracks,
scratches or hazing, and no chips that I can see. Gaps are beautiful. These Coupes are getting harder and harder to
find, let alone with the original super rare 1 of 2401 Power Glide Transmissions.