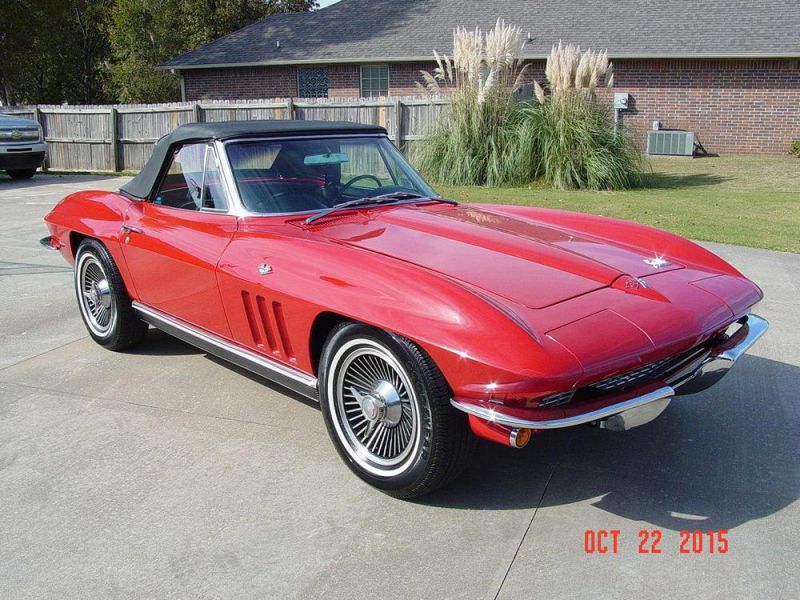 Feel free to ask me any questions about the car : rolandorbbotcher@rpgfans.com .

1966 CHEVROLET CORVETTE ROADSTER CONVERTIBLE W/ FACTORY HARDTOP HAS FACTORY 327 ENGINE, 350 HP, HAS HOLLEY 4 brl CARB, FACTORY 4 SPEED TRANSMISSION,POWER STEERING. CAR WAS PARTIALLY RESTORED SEVERAL YEARS AGO, HAS VERY NICE CONDITION FACTORY KNOCK OFF WHEELS AND NEWER RADIAL WHITEWALL TIRES ON IT. INTERIOR LOOKS TO BE IN VERY NEAR PERFECT CONDITION AND DOES HAVE FACTORY A/C ON IT, MOST OF THE PIECES WERE REPLACED. THIS CAR IS IN PRISTINE CONDITION.