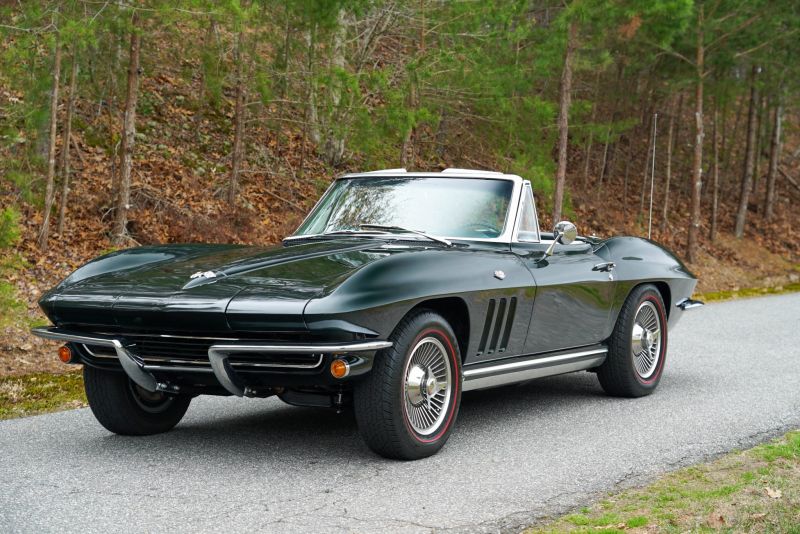 CONTACT ME AT : wixwphillipsfannie@gmx.us This 1965 Chevrolet Corvette convertible is refurbished in the late 2000s . The car is finished in Glen Green with a white top over white vinyl upholstery, and power comes from a 327ci V8 paired with a four-speed manual transmission. Equipment includes four-wheel power-assisted disc brakes, reproduction 15" turbine-style wheels,a Magnaflow exhaust system, and a Delco AM FM radio.