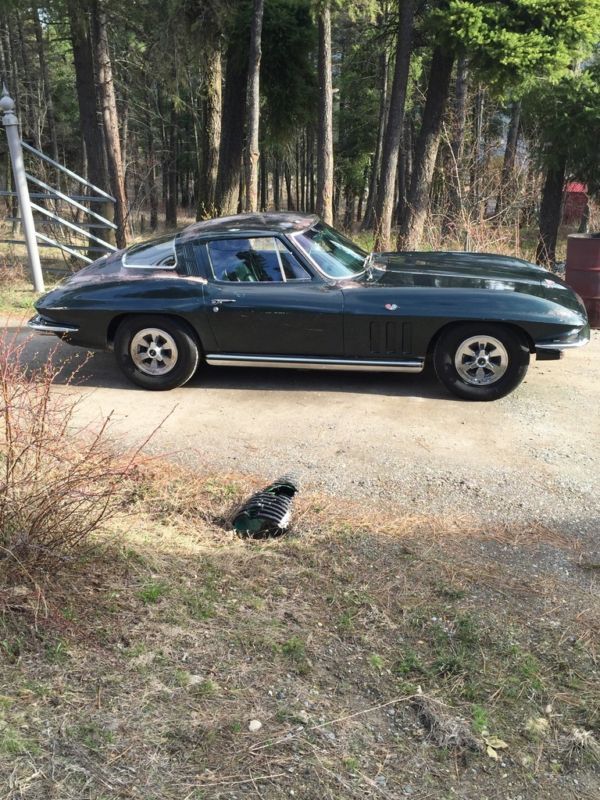 1965 corvette coupe. Survivor with 69000 original miles. This car has never undergone any type of body repairs, and
still retains its factory applied Glen Green lacquer paint on all surfaces of its St. Louis body. It has never been
in any sort of collision, nor by any other means, has it ever suffered any damages to its fiberglass panels, that
would have necessitated undergoing any manner of body repair and refinishing work. Gaps and alignment of doors,
hood, headlights, bumpers, and grille have remained undisturbed, and as initially assembled, and set by General
Motors' St. Louis assembly line workers. And on this particular example, are actually very nice and consistent
throughout. This coupe retains all of its "born with", and date coded Libbey Owens Ford glass panels, with the only
exception being a windshield replacement at some point in time. It has a green vinyl interior, none of which has
ever been disassembled, or replaced.