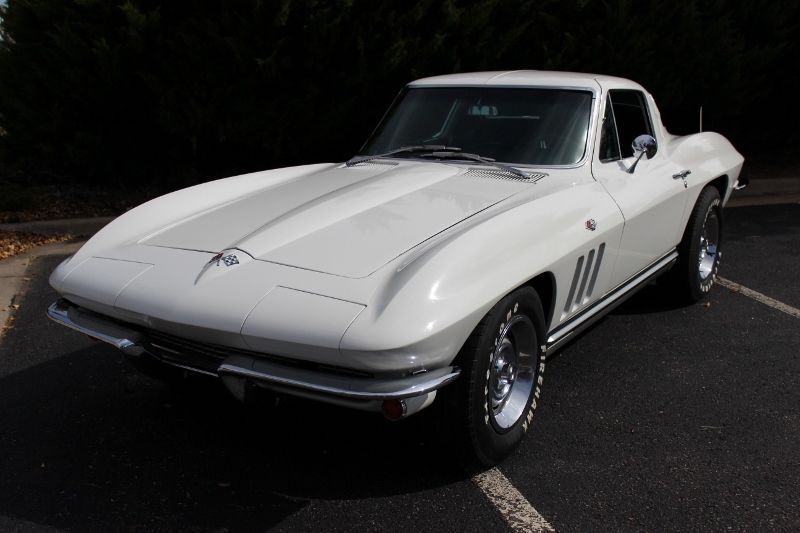 For more details email me at: bonitabbbrouk@ukpet.com .

1965 Chevrolet Corvette Stingray Coupe 4 Speed. Two owner car, same family owned for the last 30 years. The original 327/300hp engine was replaced with a period correct factory service engine Casting #3959512. Winters aluminum intake manifold #3844461 and Edelbrock carburetor. Long tube headers and 2.5" dual exhaust. The original 4 speed transmission shifts smoothly. The car was repainted the factory Ermine white some years ago and is in superb condition with only a few small blemishes. All of the chrome and stainless trim on the car is in great shape. The original black vinyl interior is in very good condition. The seats have no rips or tears. All the gauges work correctly including the original clock. All the glass is in very good condition. The manual steering and manual brakes are in good working order. Nice Rally wheels with good tires. This car is also equipped with a Teakwood steering wheel and power antenna.

This is a nice driver car, not a museum piece. With that said, the car runs and drives great. The electric flip-up headlights as well as all the other lights work as they should. The rear brakes were recently serviced. The gas tank, sending unit and fuel lines were all replaced. Also the battery and starter were replaced. The chassis and frame are solid and have no visible signs of rust.