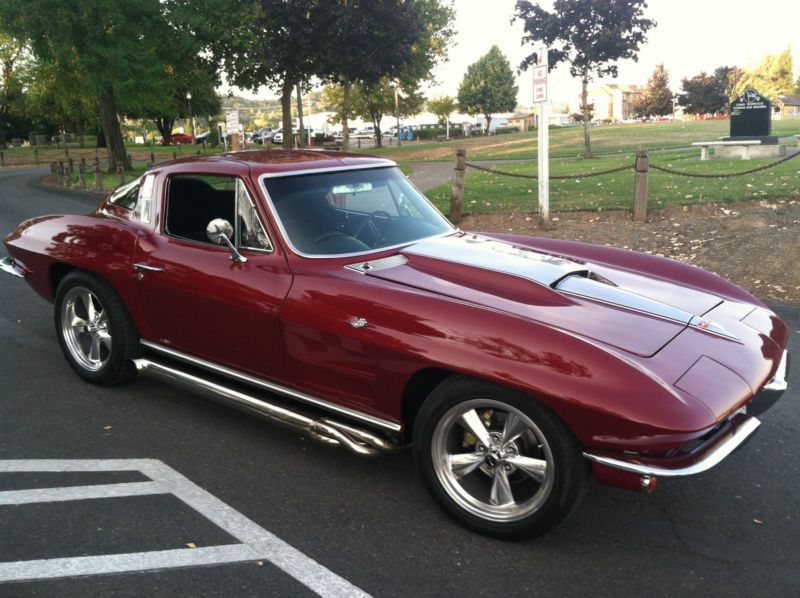 If you have more questions or want more details please email : faustofsspoon@onlyfools.com .

We are Selling our Corvette with a few up grades that we Thought covered Just about everything we wanted in our
C2 Corvette. Had the split window installed, then the big block hood, the side pipes for the sound we wanted. And
new White 383 stroker over 500 HP. New built M22 muncie. that have less then 900 miles. New paint 6 months ago Ruby
Red Paint code RR. New Ridler 17" wheels with Pirelli tires this past year. Four wheel Disc brakes, With a rebuilt
410 Posi rear axle out of a 79 corvette. So when motor installed Radiator, Master Cylinder, Hooker headers and Side
pipes and starter all new. Power windows, new complete interior package with leather seats installed. New rear
glass and wind shield, all weather stripping. seals, felts and gaskets, 6 new tail lights. Bumpers rechromed 2
years ago and show nice. Frame solid, Fiberglass is sound. car looks and sound great. Reason for selling F______
CANCER. Did not do all this to sell it....... Still finishing the trim. But this is one Ground Pounder, Go Fast
Car......