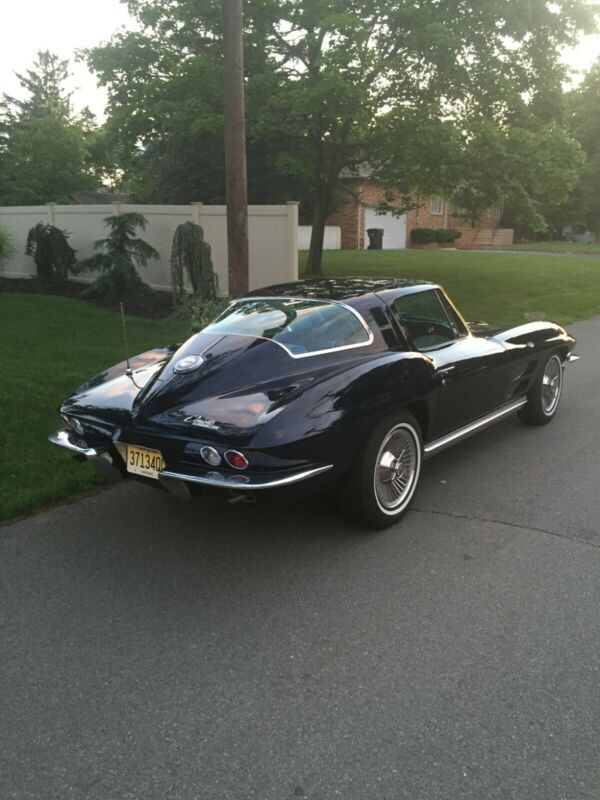 This is a very unique car in the respect that it is completely a no hit body, never frame off, still has the GM body drop masking tape visible which they used to hold the shims in place.

Here is the Factory original option list on this car:

L75-327/300
M35-Automatic
C60-Air Conditioning
J65-Special Brakes to include the Power brakes
N11-Off road exhaust (added by me, not original to the car)
A01-All Born with tinted Glass, (with the exception of the windshield changed last year because of a rock chip)
T86-back up Lamps
U69-AM/FM radio
N40-Power steering
G81-3:31 Posi-traction differential
A31-Power windows

This car is a really beautiful driver, is very reliable and the color combination of the Daytona Blue with the
White interior with the factory leather seats really draws a lot of complements.