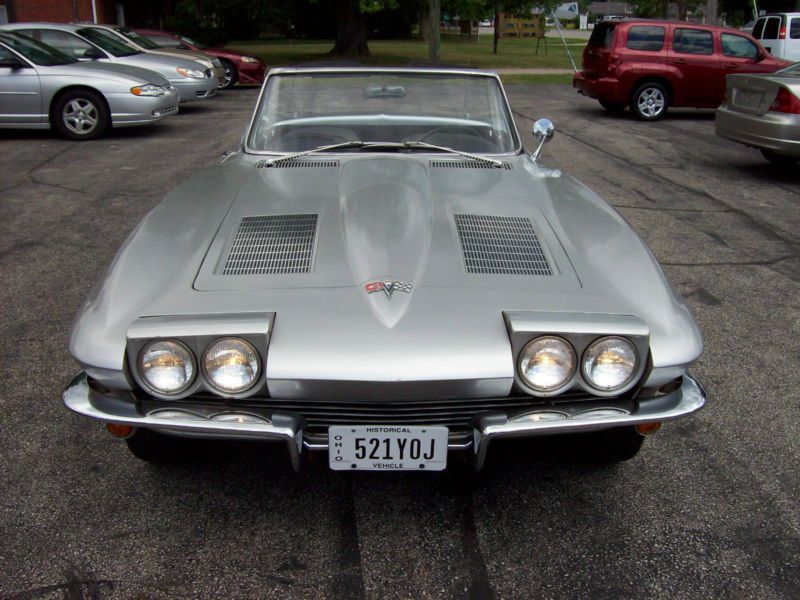 Feel free to ask me any questions about the car : stormy.stittsworth@toothandmail.com .

The original NUMBERS MATCHING 327/340hp motor runs, drives and shifts great. A true numbers matching 340hp 4speed! interior is
very nice with some wear. owners manual included along with some original parts that were replaced with maintenance
. The paint is very good for age, frame is pretty solid the only spot that could need attention or patched is
drivers side frame in front of rear wheel. I have no history prior to 1972. I have original title
with Porsche dealer listed as previous owner with All registration renewal stamps from purchase.