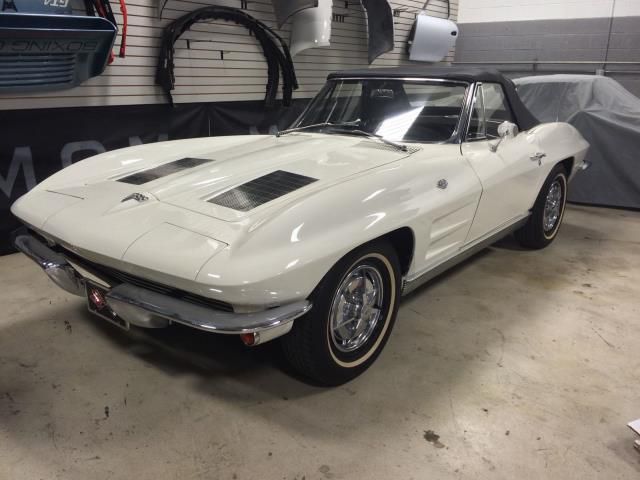 Send me questions at : porterpiscinae6@yahoo.com

1963 Chevrolet Corvette Convertible White/Blue 4 speed manual 340 HP This Convertible had been beautifully restored Its been done right which means it runs as good as it looks and is an absolute blast to drive! 2723 Miles from restoration