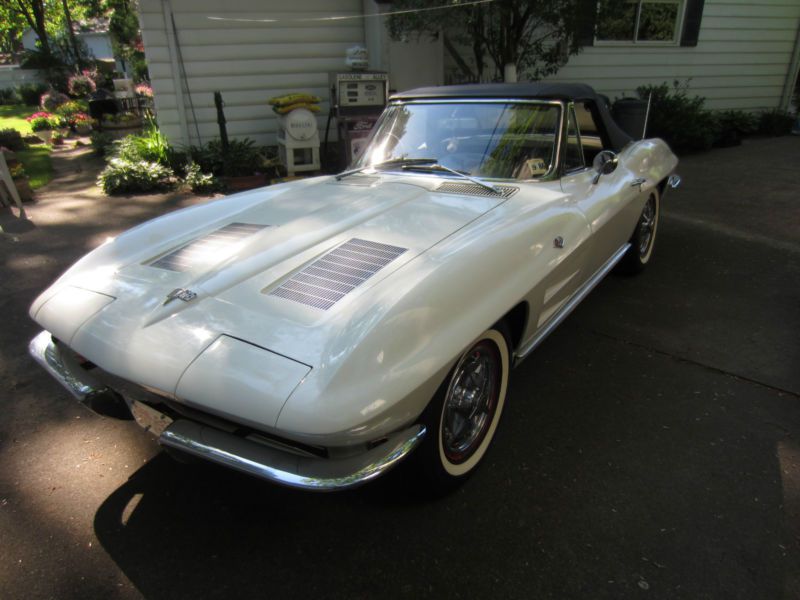 IF YOU ARE INTERESTED EMAIL ME AT: evelyneooechsle@ukexecutives.com . 1963 Corvette Stingray Roadster Convertible
Current owner is only the second owner of this Corvette. Current owner has owned the car for 29 years, having
purchased the car in early May 1986 from the original owner.
All original, except being repainted (same color) in the late 1970’s or early 1980’s by the original owner.
35,756 original miles (only 2,000 – 3,000 miles have been put on in the 29 years that current owner has had the
car.)
Current owner has the original North Carolina title, the original bill of sale from 1963, and a letter from
Confederate Motor Sales (Albermarle, North Carolina) stating that the car was the first 1963 Corvette sold by the
dealership.
Please send me any questions. I can provide the owner's cell number.
White exterior / Black interior
327 / 250hp Automatic
Convertible
Rear-wheel drive
8 cylinders
Black convertible top / white hard top
VIN: 30867S111825