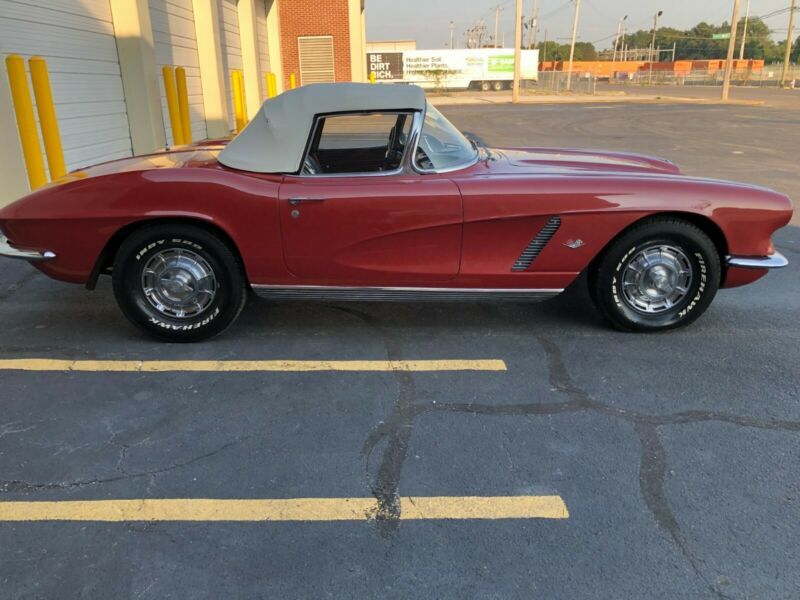 1962 Chevy Corvette Convertible Comes in a Beautiful Honduras Maroon With a black interior. Original 327 c.i engine
fully rebuilt along with a 4 speed manual transmission. The car has had extensive mechanical work from top to
bottom. The car was repainted back to its Honduras Maroon. A base coat clear coat system was used. The car was
prepared properly for paint using the correct 3M polyester primer before painting to ensure the fiberglass does not
start to web or crack as they usually do. The engine and transmission have been fully rebuilt. The car runs and
drives very well, has no leaks of any sorts. The interior was professionally reupholstered including seats, door
panels, and carpet.The brakes have been completely redone as well as the cooling system including a correct 62
Corvette radiator and all hoses. The under carriage is very solid no issues with the frame very straight well
preserved car. The Corvette comes with a correct Corvette hardtop. The soft top on the car is in good shape. All
the gauges lights and power options work on the vehicle. If you are looking for a great driving and looking car
this is it