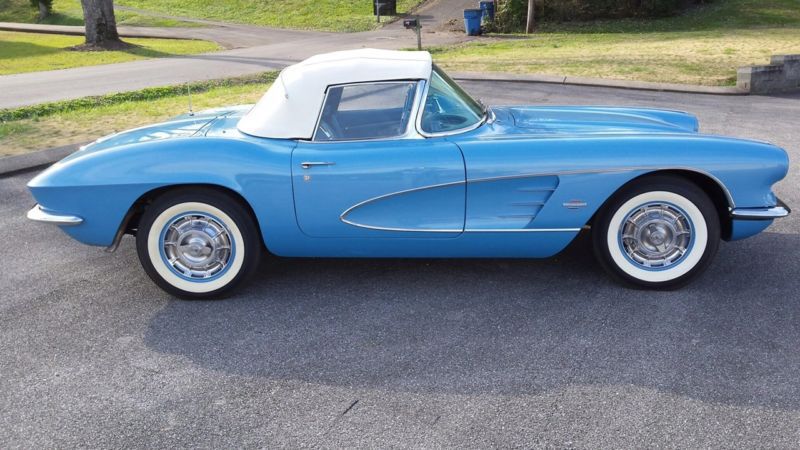 ANY QUESTIONS JUST EMAIL ME: dianedjjernstad@britishforces.com .

This a good example of Classics.
1961 Corvette Convertible (with hard top too). A total restoration with matching numbers drive train.
The beauty has a 283 v8 with 4 speed transmission with factory original 2 four barrel carbs. The car has original
wonder bar radio.
This car is as close to perfect as you will every find and in my opinion should be listed for 6 figures at least.
Please see the other cars we will be listing (13) including 3 Corvettes, 1955 BelAir, 1956 BelAir, 1938 Ford Coupe,
1941 Cadillac Fleetwood 60, 1908 Cadillac Model S Runabout,
1913 Oakland Model 42, 1927 Bugatti (replica), 1960 Fiat Jolly 600, 1974 MGB, 1961 Austin Healy Sprite.
All of these cars are amazing. We are not dealers as these cars were hand picked and restored and owned by Nick.
Please ask any and all questions and I will respond right away.