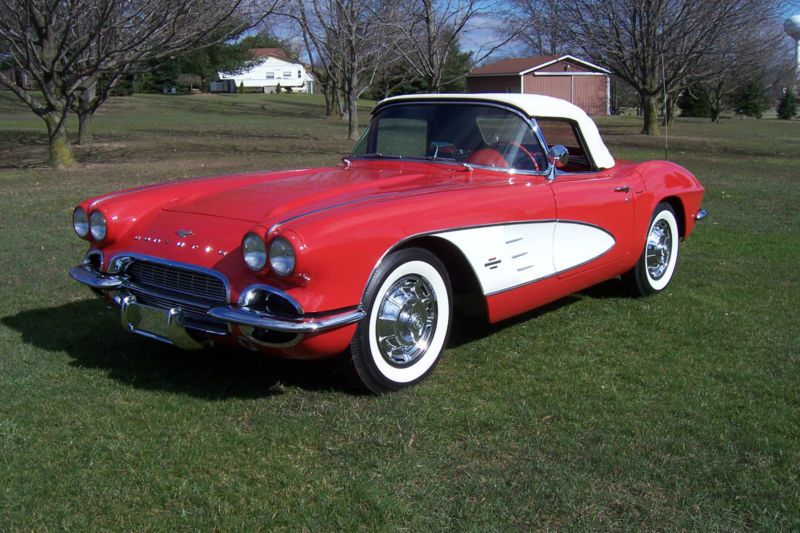 I am always available by mail at: devin.buckmaster@zoho.com .

Very nice 1961 Corvette. It is not a #'s matching car it has a 327 engine block casting # 3782870 (62-65 327 Corvette small journal) It has MSD ignition (could easily be put back to stock no I do not have the parts) This is a nice no hit car as far as I can tell. No rot underneath very nice Roman red paint. Interior is very nice as is the soft top.New B F Goodrich 6.70 15 wide white wall bias ply tires. This car runs and drives great you would be proud to go to your local car show or cruise night or just take it out for a nice Sunday drive.