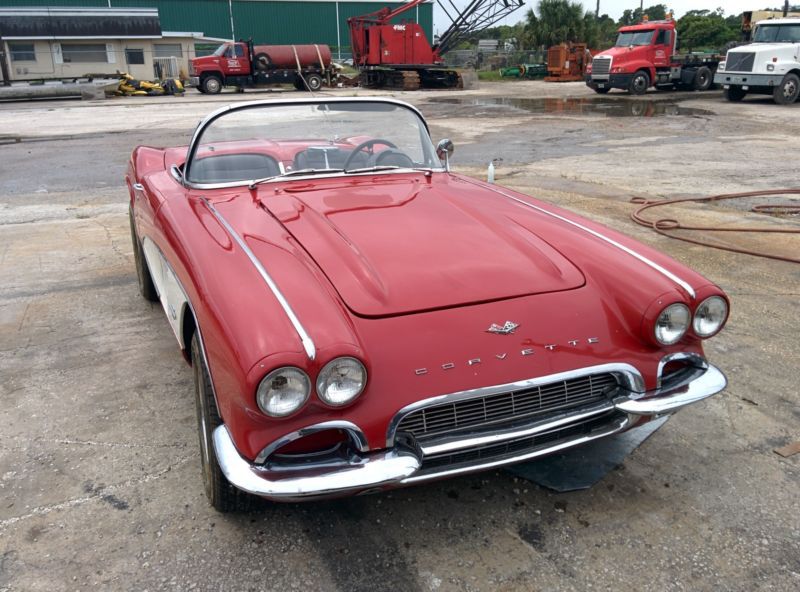 Nice body with exception of rear center tag area, please see pictures. Include good set of bumpers with missing
one rear bumper piece. Have all chrome trim pieces for side coves. Spare tire included. Crager chrome mags. Non
original 3970010 engine block. Not sure if it is a 327 or 350. Engine set up nicely with Edenbrock Performer
manifold, 4 BBL Holley Double Pumper Carb, headers, and serpentine belt system. Good frame. After market disk
brakes all around. Tremec 5 speed Trans. interior need finishing: has good black seats with no tears. Needs
carpet and door panels with handles and knobs. Good white top with good frame. Need chrome trim across back deck
lid and glove box. Will need new tires. Has been in storage since 2008. Inspections encouraged. Please contact me
to arrange.