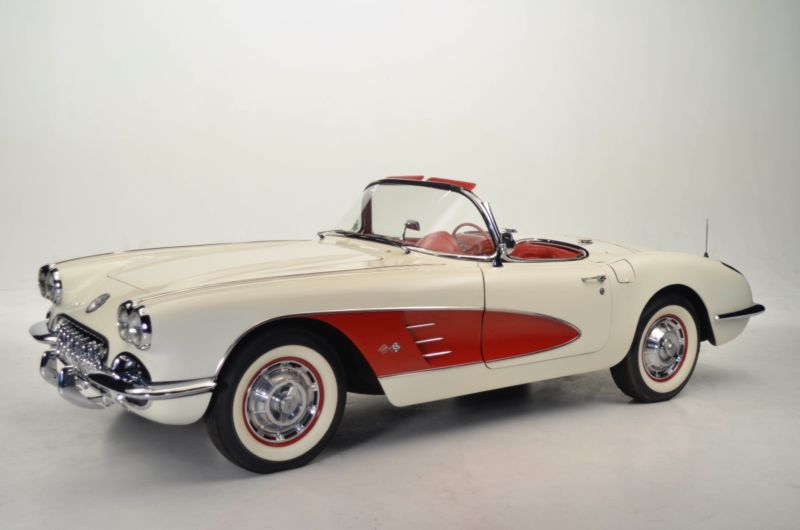 Feel free to ask me any questions about the car : chanacrrosener@leicesterfans.com .

Up for sale is a beautifully restored 1960 Chevrolet Corvette. This is a true restored original with all numbers
matching and all original components that came with the vehicle. All body panels and major chrome pieces are also
original to the car. I am the 3rd owner,I have owned it for 7 years, the second owner having owned the car for 53
years. So the mileage is documented. The original 283 engine was rebuilt at 90,000 miles (12K ago). The engine was
not bored out,the carburetor,alternator and starter are also original to the car. The wheels and hub caps are also
original to the car. The transmission (4-spd) is original and the clutch was replaced at 90K miles as well. Some of
the brightwork has been replaced with NOS replacement parts. The carpet is new as well as the dash,the seat belts
are new (the originals go with the car). Wonderbar radio is original and intact (I've never fooled with it). The
exhaust from the manifolds back is also new.