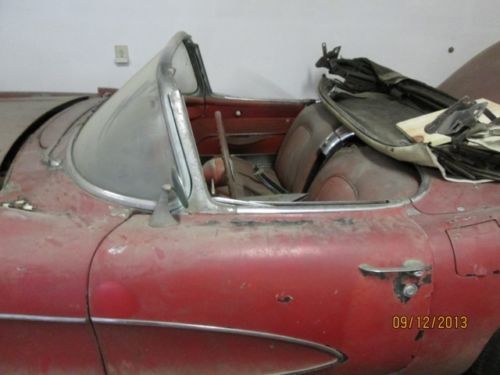 This Corvette has been in storage since the 60's.  Was originally black with red interior and a white top.  It was repainted red at some point.

Have not tried to start

Power top assembly was unbolted from car but is present

Some cracks in the fiberglass around the front fender area on both sides.

For sale localy, seller has the right to end the auction at anytime.