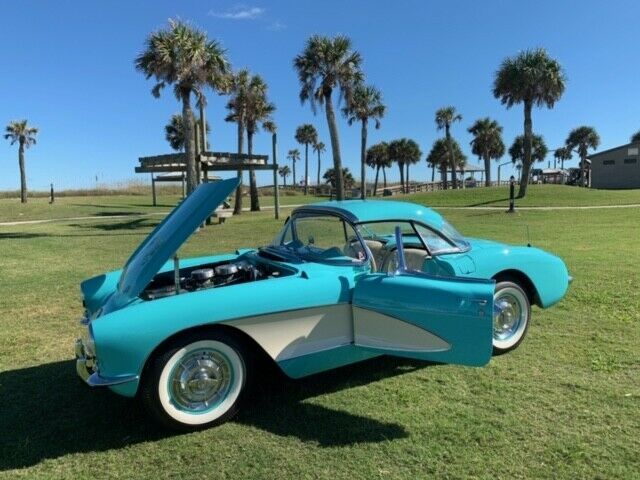 Restoration was completed in February 2018 and has the period correct 283 engine with 2-4 barrel carburetors with a
4-speed manual T-10 Borg Warner gearbox. The rear is a posi 3.70 ratio. This C1 vette is super clean inside & out.
The paint, body, chrome and interior all present very well. Definitely not a disappointment in person.
Original hard top headliner was replaced to OEM specs. All gauges work, windows roll up and down fine and seal up
top when the hard or soft top is on. Engine transmission and rear end & all suspension have all been
refreshed/rebuilt like new.