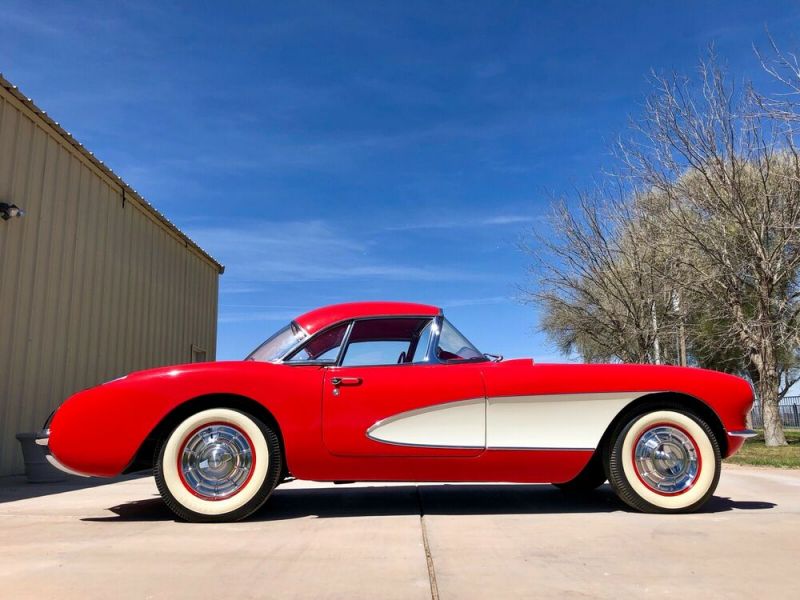 If you have any questions feel free to email me at: cruzcttotten@derbyfans.com .

This 1956 Chevrolet Corvette is unlike any other. Its roman red exterior with bright white coves and soft red interior are what dreams are made of. The exterior is free of any dents and/or dings with very few imperfections noticeable to the human eye. The interior is in excellent and clean condition topped with red bucket seats.

This Corvette is unique in that most of its parts and attributes are its original counterparts.

Under the hood of this 1956 Corvette you will discover a masterpiece. It has all of the original components, such as: the generator, radiator, valve covers, intake, and 3-speed manual transmission.

All electronics function well, including the: lights, radio, and gauges. The door panels, headliner, and undercarriage are in well-kept condition.

The dash is striking and does not have any cracks and/or warping. The engine runs strong and works well.