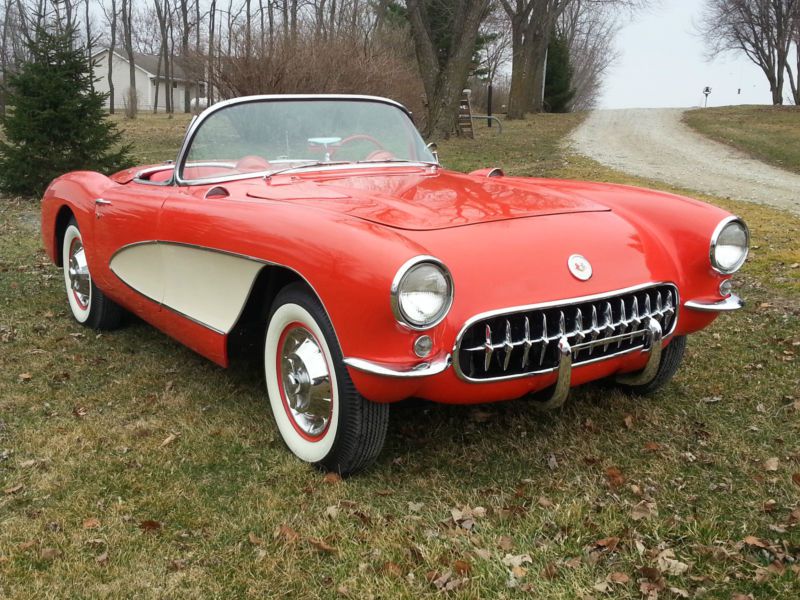 More infos regarding my car at: hortensehwwheelus@ukcompanies.org .

This 1956 Corvette just finished a 3-year body off restoration. Rebuilt with a period correct 225 HP 265 engine, 3-speed transmission, and includes the rare, early 1956 heads, intake, and carbs. Most everything on this car was rebuilt or replaced, striving to keep it as original as possible.
Rides and drives great. No disappointments.