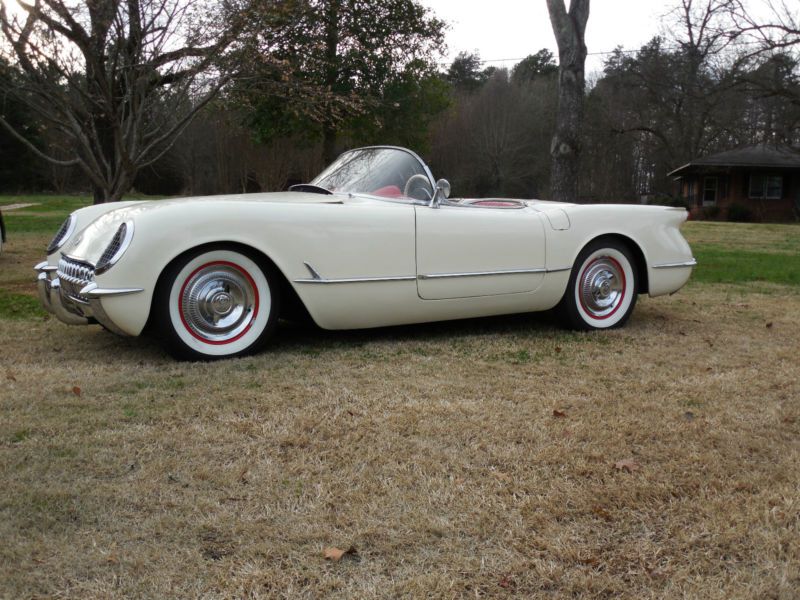 If you have any questions feel free to email me at: earleeggunzelman@birminghamfans.com .

This is an all original car but has a 1955/1956 head on in it. The drivetrain has been rebuilt but not sure how many miles since. The car runs and drives very well. I purchased the car over a year ago to do a complete frame off but have since decided not to. The car has been repainted but it was just an OK job (not good but not bad). It has new front and rear bumpers, new grille, new headlight bezels. The top frame is there but no top material. The exterior needs new side molding, taillight lenses, and all the cockpit chrome needs to be chromed. The interior needs seat covers and all gauges reworked. The windshield has scratches in it. The car has a couple of oil leaks as expected. This is great car as-is or perfect car to do a full restoration.