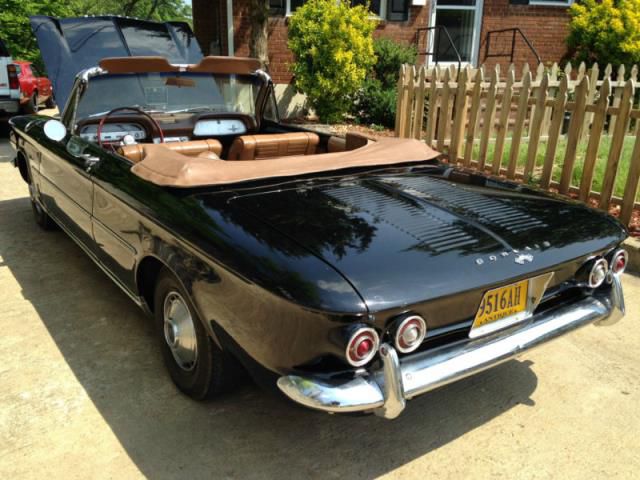 Beautiful 1964 Chevrolet Corvair Convertible, high quality black paint, clean beige bucket seat interior with no tears. The body has no rust, no dings, the white convertible top is in good condition, everything works including the AM radio and the power top.It is reliable and safe to drive.