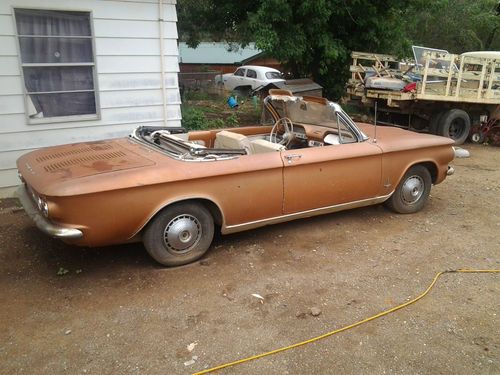 Condition: UsedA vehicle is considered used if it has been registered and issued a title. Used vehicles have had at least one previous owner. The condition of the exterior, interior and engine can vary depending on the vehicle's history. See the seller's listing for full details and description of any imperfections.Seller Notes:"This little car started life owned by one of the owners of one of the biggest GM dealers in the Southwest. His daughter drove it for a time He even used it for a golf cart for a while. My friend from Silver City bought it when it was a year or two old. His wife drove it for years. She eventually aquired another car and it set for a time. Another friend bought the car with intentions of restoring it. He put on a good set of tires; bought new spark plugs, wires, points, condenser, ect. He also purchased new brake master cylinder, 2 wheel cylinders, and 2 cylinder kits. In the meantime, I traded for it. A mechanic friend installed the electrical parts and was in the process of getting it running when he had a masive heart attack. He is still in the hospital and has much more to worry about than getting the car running. Brake parts not installed but come with the car. I have decided to go ahead and sell the car as it sits.If you have any questions, my cell is 575 388 4438. No rust."

See for condition.  Payment in 48 hours, pay pal acceptable.  Can negotiate deliver but would prefer you pick it up.