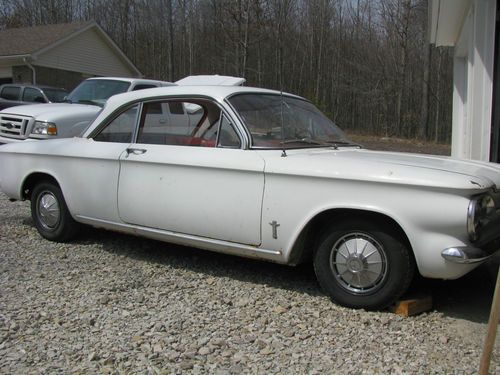 Here we have a 1961 Corvair Monza 900 coupe. 98hp 145cu.in. engine and 4 speed manual trans. Engine not running and condition unknown. Body will need front floor pans - rears very good. Small rust hole in drivers side rocker panel and in battery tray. Very straight and solid besides those areas. Nice complete car to restore or drive as is. I have title in previous owners' name - mileage on title says  35000, odometer shows 24+++, so mileage is unknown. Shop manual included. Please see pictures and I will answer any questions. Delivery possible for a fee depending on distance. Thank you.