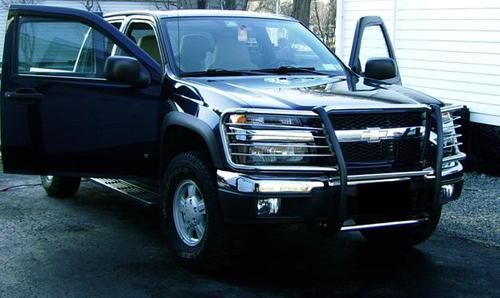 2007 Chevy Colorado Crew Cab pickup truck.  1 owner.  Truck is in excellent condition, never have had any issues with it.  Clear history report, clear title.  Interior is immaculate.  Vehicle has no body rust.  Truck has a chrome grille guard {with no rust}, diamond plate tool box, tow hitch, OEM fog lights, push-button 4x4, and Goodyear SilentArmor tires which were put on approximately 2 years / 30,000 miles ago.  Tires are in excellent condition, and were over $1100 new.   All records available to the new owner.