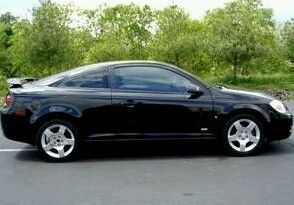 Condition: UsedA vehicle is considered used if it has been registered and issued a title. Used vehicles have had at least one previous owner. The condition of the exterior, interior and engine can vary depending on the vehicle's history. See the seller's listing for full details and description of any imperfections.Seller Notes:"up to date stereo sunroof all maintenance up to date great car but i have to sell due to knee surgery the car has 186000 miles clutch assembly replaced recently normal wear and tear no major defects current inspection. local delivery only. asking 5300 obo. 5402238952"

vehicle was a repo car hince a salvage title but no major defects it runs great recently replaced clutch all maintenance is up to date use castrol high mileage oil. must sell due to knee surgery and will no longer be able to drive a 5-speed. i am asking 5300 obo. local deliveries only (100 miles). you can pay cash or paypal. contact me at 5402238952.