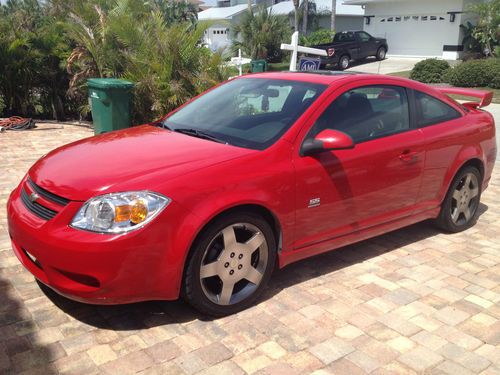 Condition: UsedA vehicle is considered used if it has been registered and issued a title. Used vehicles have had at least one previous owner. The condition of the exterior, interior and engine can vary depending on the vehicle's history. See the seller's listing for full details and description of any imperfections.Seller Notes:"small dent on rear drivers wheel arch , few paint chips on the hood , but aprt from that the car is good condition for a 8 year old car"

Chevy Cobalt ss superchared is 2005 , great car , first owner had the car for only one year and then a member of my staff purchased the car and has owned it ever since . He needed money quickly and i purchased the car off him last month. i have waxed and polished it but thats about it , the car seems in great condition for being 8 years old , a few stone chips on the hood and a small dent on the drivers wheel arch. T seats are leather with the SS logo.

the car was driven most days but only 2 miles to work , hence the very low mileage.