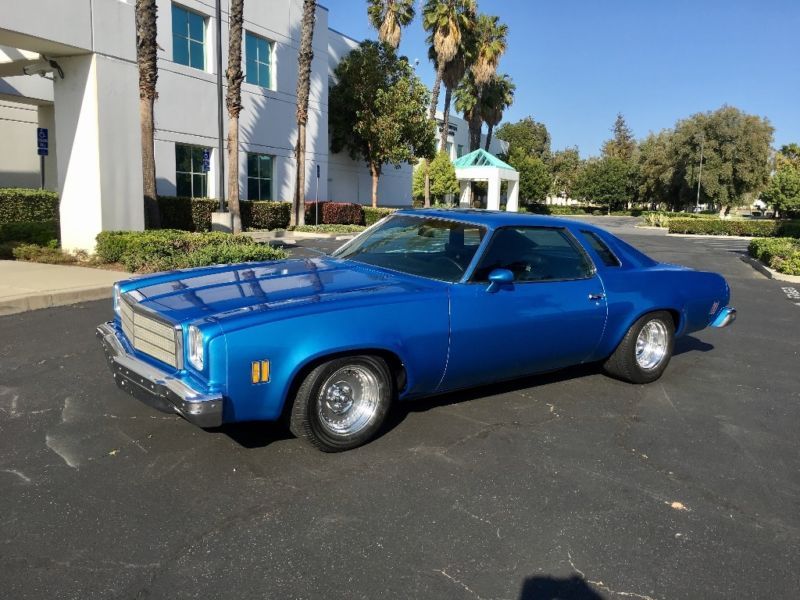 Message me at : millieqsprenger@gmx.net 1974 Chevelle Coupe. This car is one of few available in this kind of condition and wow is she a beauty. Car has 350 V8 with automatic transmission, all new paint, interior, weather seals, headers with custom 2 1/2" dual exhaust, original 15" Centerline wheels running 265/50-15 on the front and 295/50-15 on rear. Lowered 3" with custom coil springs and gas shocks. A/C has been resealed and charged. Even has the original spare tire and jack. Runs great. Must see to appreciate. This is a gem. True muscle car.