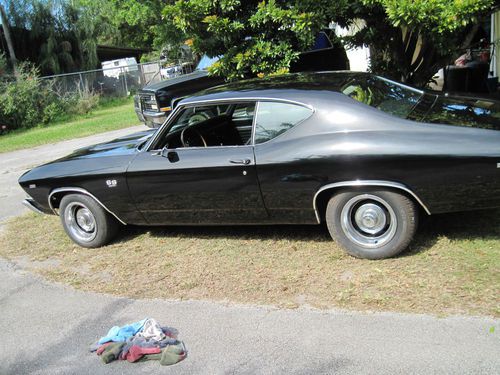 Exterior - Has new black paint , new front window, new SS emblems, has exsisting front and rear bumbers still shines but has scratches on the top of them, all crome around windows are original

Brakes - Has new master cylinder and booster pump, front brakes are disk and rear are drum

under the car has undercoating

there is no warranty {AS IS}