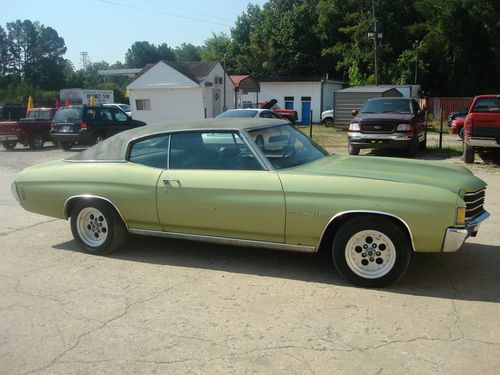 1972 malibu chevelle alabama car . only rust is under the top.Floor pans like new. rear bumper and trunk lid is bent. Interior was green some of the parts have been changed to black. engine was 350 has been changed to 305 transmission is 350 rear is 355 positraction Engine runs car drives but needs work to be road worthy .I have a front disc brake kit that goes with car.