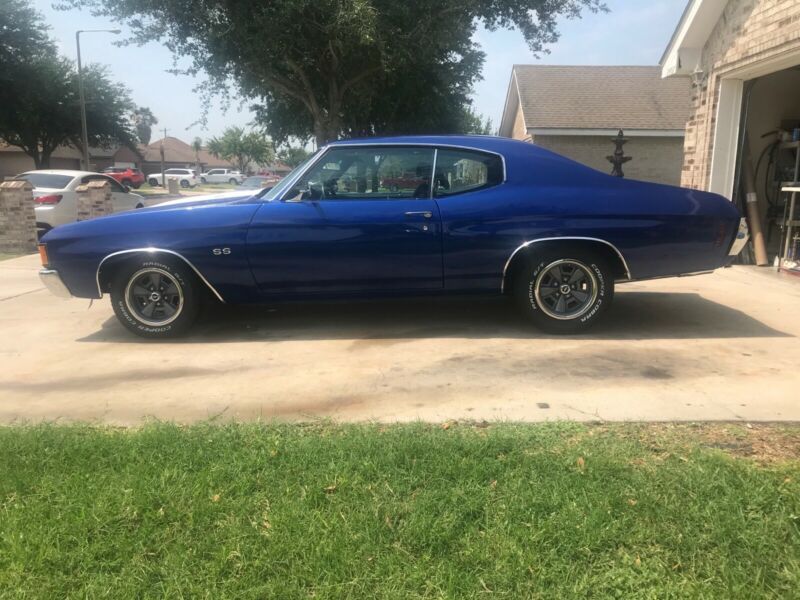 Up for sale is this gorgeous 1972 chevelle SS tribute. Just finished a ground up restoration. This is a Heavy Chevy
1C3 Vin Code all Chevelle’s and Malibu’s came with 1D3 Vin Codes so this makes this car very rare Heavy Chevys
were only made in 1971 And 1972 in 1972 only 9000 or so were made less than Chevelle SS so you ask why clone it?
Well I never researched it after looking at interior door panels I started trying to find replacement and with no
luck I found out it was a Heavy Chevy and the Vin number explained it, it was to late I had ordered the hood had
car painted and so on. The Exterior: basically everything New. Interior: Everything new. Just the Dash was
. radio has Aux. and Bluetooth (Motor and Transmission) 454 rebuilt 400 Turbo
Transmission was also rebuilt. -------------------