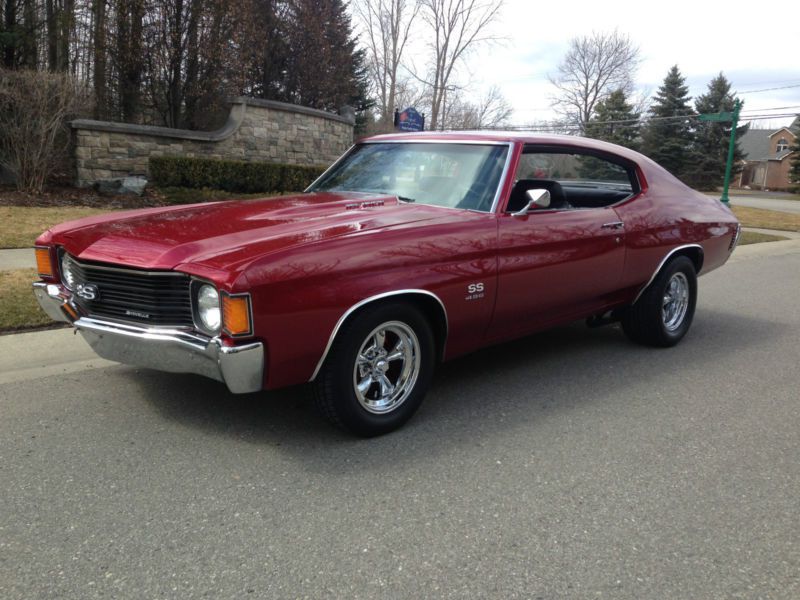 I have a 1972 Chevelle SS clone with a Big Block 496 Stroker Crate Engine by ATK Engines out of Texas Pushing 650
HP and 650 ft lbs of Torque with a 400 Turbo Trans Built to handle over 1000 HP, 12 Bolt Posi rear-end with a .410
gear, Frame was powdercoated and boxed in,new gas tank and new fuel lines, Patriot Ceramic coated big tube Headers,
3" Dual Flowmaster Exhaust System, 4-wheel disc brakes and all new brake lines,, Power steering, 4-core aluminum
radiator, runs cool even in traffic, new Crystal Red Metallic paint (professional paint job) looks wet, all new
moldings and emblems, new windshield, all new interior, all new suspension,new Torque Thrust Chrome wheels and new
Cooper Tires, I've been to 4 car shows this year with it and won 3 Best Of Show Trophys. This car Runs ,looks and
sounds great. You can reach in through the window and turn the key and it fires right up, engine still is under
warranty.