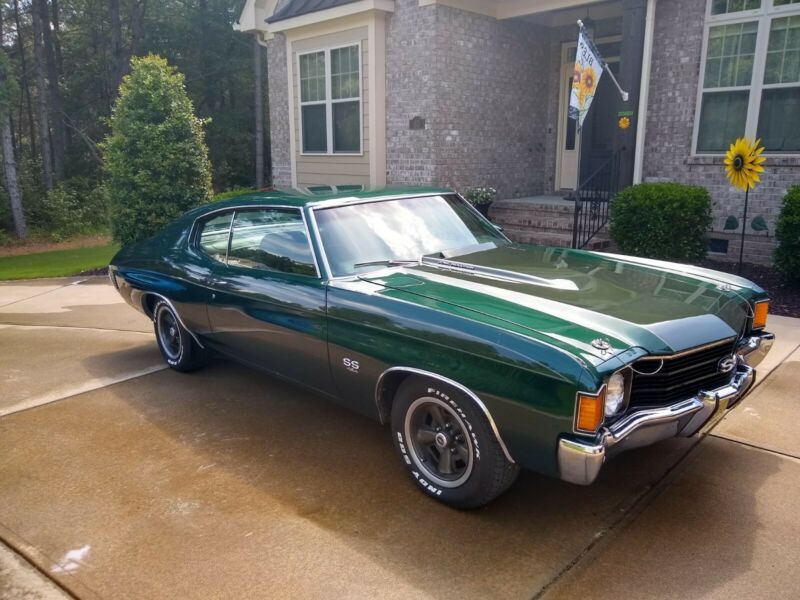 LAST OF THE BIG BLOCK CHEVY LS5 1972 Chevrolet Chevelle 454 SS matching # W code VIN build sheet documented, auto,
tilt wheel, pw, ps ac 8 track player bucket seats(Driver seat has 6 way power ) , motor is original and was rebuilt
by Katech performance in Michigan(, 700 miles. interior is free from rips , exterior paint has chips and
dings and its not original to car build sheet which would have had black hood stripes over this green. Car drives
with power and has the dual resonator exhaust , very good driver. This car only needs to be repainted.