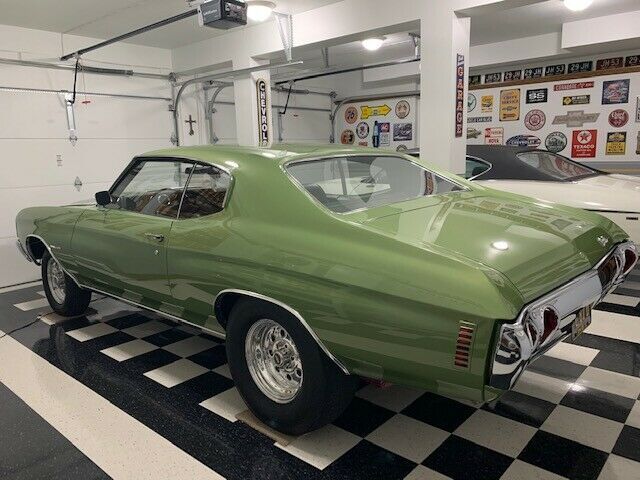 1972 Chevelle, 7,953 original miles. No misprint, the miles are correct and the car is pristine. This is a totally
rust free, low mileage, unrestored, original sheet metal Chevelle (cowl induction hood added). The exterior has
been refinished in BC/CC, the original code 43, Gulf Green. Virtually untouched aside from the high end refinish
and performance upgrades. Interior is 100% original and is perfect. There are still chalk/crayon/paint marks under
the hood and in the trunk, factory stickers under the deck lid and original seat belt directions/sleeve still on
the sunvisor.

Original 307/TH350/10 bolt car. All of the original parts are available for the car if an individual would be
interested in those as well.

Original spare is also in the trunk.

12 miles on the parts upgrade