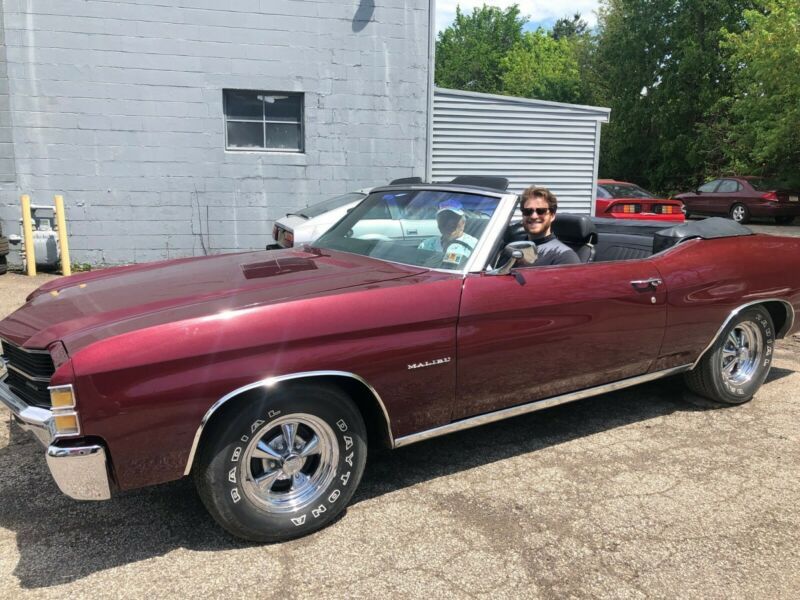 Here is what I know about this Chevelle:
Seems to be a solid car. A quick glance does not reveal any prior damage or rust, however I can not guarantee
that statement, since this was the condition when my parents bought the Chevelle many years ago. You are advised
to inspect yourself. No significant rust on trunk floor (see pictures) and nothing evident in quarter panels or
rockers. Once again, please inspect yourself or have your mechanic inspect. It's a 48 year old car!
Paint is very, very nice, but not an original color to the best of my knowledge. It seems to be a Royal Plum
color which would have been correct on Chevelles from the late 60's, but not 1971. All inside panels, door jams,
etc., were repainted correctly, so it's tough to tell it has been repainted. It's a sharp color and as the pictures
indicate, has quite a glossy shine!
Non-original parts are: Carburetor (I think, not sure on carb), air cleaner, Cragar S/S rims, valve covers,
stereo (additional speakers have also been installed in rear), stainless steel dual exhausts with glass packs. All
of these non-original additions were on the car when my parents bought it, so we have none of the original parts.
'Not certain if this is a matching number engine. If you are curious, we will try to get a picture of the engine
serial number. Passenger seat has a tear in bottom cushion with black tape covering the tear. Can be seen in
picture.