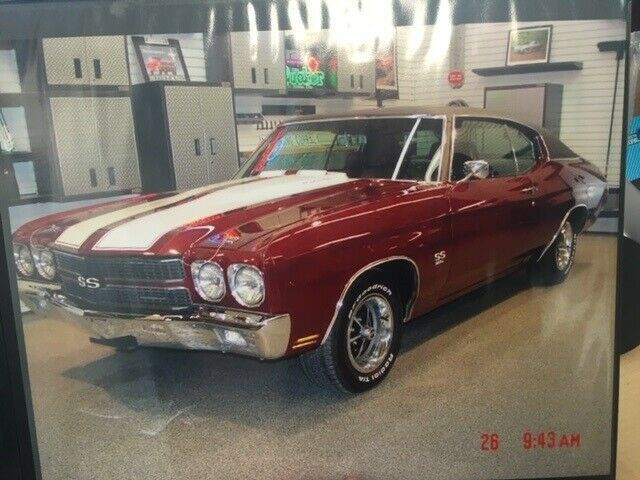 This Chevelle SS is truly an amazing find! Powered by a numbers matching, 350hp, 396C.I. V8 engine mated to a
smooth Muncie 4 speed transmission, any collector would be proud to own this true SS. Complete with original build
sheet and protecto plate, this rare muscle car is also equipped with power steering, and power brakes! Finished in
factory Black Cherry Red with white D88 sport stripes, Black vinyl top and matching black interior, this Chevelle
looks like its ready to pounce and overtake any car in it's path. And it just gets better underneath, where its
just as clean and solid as the top.

This car was professionally restored about 8 years ago and then stored (not driven) in a climate controlled
warehouse with other collector cars. 2 months ago, the complete drivetrain was re-restored. Its road ready with
approximately 40 miles on fresh engine, drivetrain and fluids. New era correct radial tires were installed.