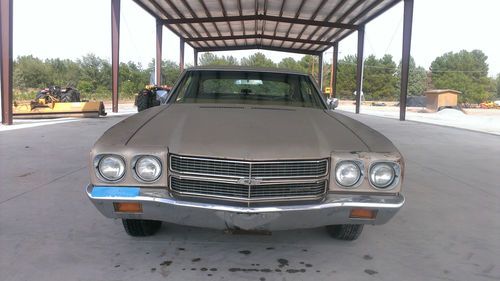 RECENTLY ACQUIRED 1970 CHEVELLE MALIBU PERFECT CANVAS FOR A ORIGANAL RESTORATION OR MUSCLE CAR. 1 OWNER HAS A/C AND HEATER BUT NEED TO BE SERVICED. AUTOMATIC TRANSMISSION TIRES ARE IN GOOD CONDITION STARTS AND RUNS SMOOTH AND HAS POWER STEERING.