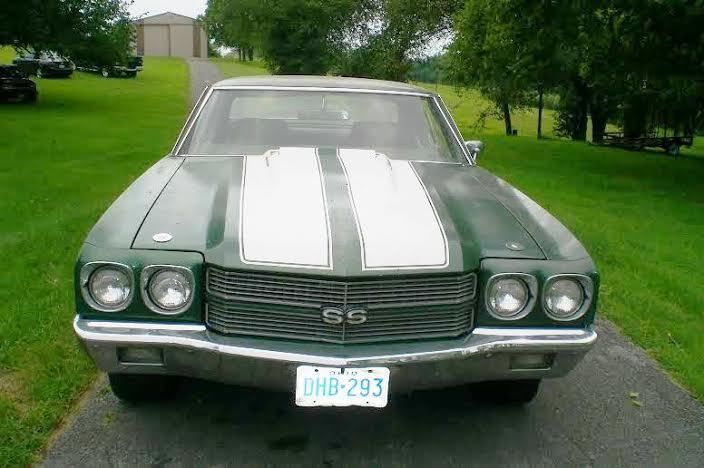 This is a RARE opportunity for a Chevelle Super Sport enthusiast to own an all ORIGINAL Super Sport LS5 454 Survivor. The odometer shows 86,000 miles and has not rolled over. This Chevelle SS comes in a rare and desired color combination of Forest Green on green interior.
The gas tank was dropped and cleaned.
New fuel pump
New battery
New water pump
Original radiator re-cored
New master cylinder
New starter
New plugs, wires, cap, button, condenser, points, and coil
The Quadra-jet carb was removed and replaced with a Holley to start the car. Both the Holley and Quadra-jet carb will come with the car.