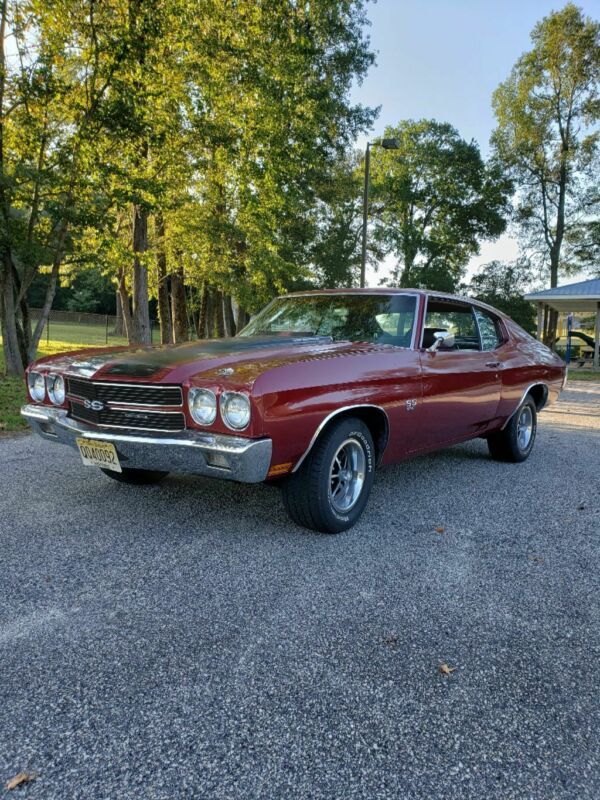 This is a true SS 396 chevelle 4 speed car. Not a clone or tribute. Not original engine, but is a 396/402 (CTX), 4
speed, flapper cowl hood, 12 bolt rear. Car sat in garage for around 20 years. Car wears all original sheet metal
and most of it's original paint (as you can see in pics top of car has never been painted). Color is cranberry. No
rust in body, just some small dents & scratches. Trunk perfect. No patches needed in floor. Runs & drives like new.
Cars like this are few & far between in this shape. Everyone has restored chevelle's, not many have survivors as
clean as this. I can't get myself to paint it. It looks so good the way it is, showing all its little flaws of a
great life. Please tire kickers & low ballers need not apply. Show some respect for one of the premier muscle cars
ever built.