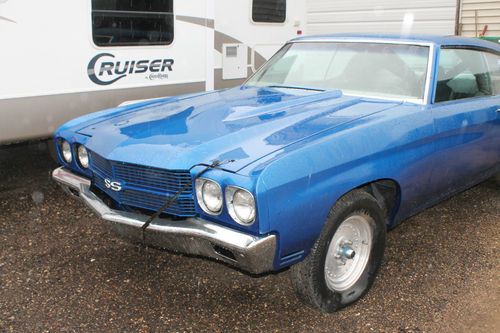 This is a tubbed out with a narrowed ford 9in rearend,with a 4;11 gear,also with a 4 link suspension,also with driveshaft loop and DOES NOT INCLUDE ANY MOTOR OR TRANSMISSION  OR RADIATOR,this had a turbo 400 tranny with a 454 motor previously, so that is what the vehicle is setup for,it has racing buckets with 5 point harnesses,full 6point roll cage,B & M shifter,this does have all factory glass and window cranks except 1 little rear window on drivers side,also has weld racing wheels with33x14x15in rear slicks and 235/75/15 front tires.This has front disc brakes and rears is drum brakes .this is a very nice car.TOO MANY TOYS THIS HAS TO GO.Any questions please call 616-318-8760 joe