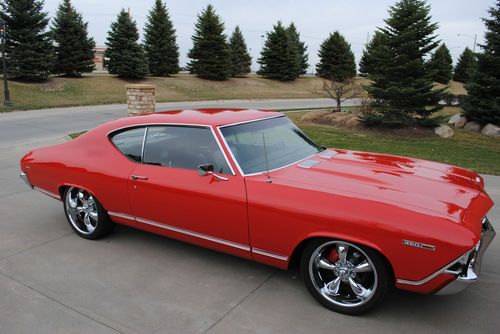 Car has less than 2000 miles since the restoration, it drives and handles great, and has an AMAZING sound. This car turns more heads than you can count and is very dependable, it is a nice cruiser and driver, it likes to be driven. Motor is under warranty until December of this year. I can send many more high quality pictures to anyone who requests them, give me a call at 402-214-7226. Thanks for looking