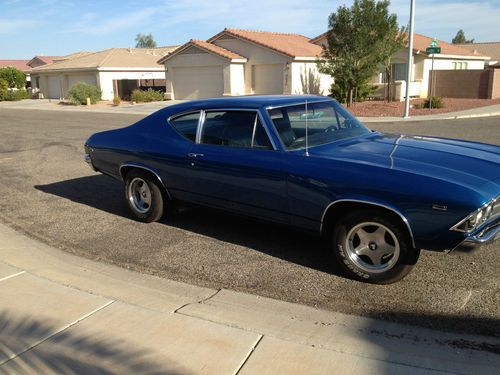 Car is in great shape engine is a 350 runs great the engine was completely gone through in early 2000s without many miles since then, transmission is a turbo 350 works great has tiny minor leak after sitting for days, Flowmaster 3" exhaust, interior has mostly new upholstery. The car has been garaged, and started monthly. This car is a great looking driver. I have owned the car for seven years and a family member owned it before that, I just don't drive it enough to justify keeping it. Car is for sale locally so I reserve the right to end this auction early. Please ask any questions, if you would like to view the vehicle in person please contact me. To see a video here is a link to youtube http://www.youtube.com/watch?v=FUe-RrJwBAM