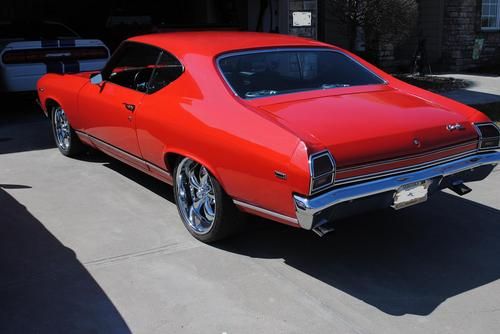 For sale is my 1969 Chevelle Restomod. Car has an amazing red paintjob on it, smooth as glass. Interior is in great shape, and the underside of the car looks brand new and everything is undercoated. 0 rust anywhere.


This car drives great and is very comfortable for a cruiser, has a ridiculous amount of power that you will have fun with. Major head turner that will bring you all the attention you would ever want anytime you drive it.This car has barely any miles on it since the restoration, the underside looks just as great as the rest of the car. I can provide more pictures for serious inquires, message me and I can send them via Email. Car is in storage most of the time so it may take me a day or two to send you the pictures. Listing as a Buy It Now, may consider a reasonable offer. This is a great car for the price. If you have any questions you can call me at 402-214-7226