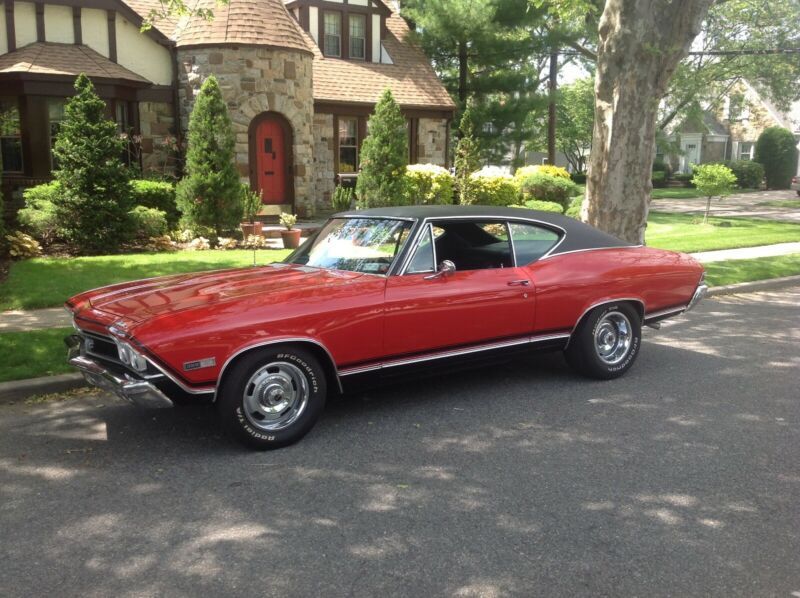 1968Chevelle SS. Factory SS and all numbers matching, 396 motor with an
automatic. Car was restored 5 years ago and kept well. Body is all original. Quarters were never changed like
most out there. Floor pans and trunk are all original. No replacement and no patches. This was a factory A/C
car but all components have been removed from the engine compartment. I am sure you can find replacement
to re install. Not sure why it was taken out. Car runs and drives awesome. Has plenty of power from the
monster 396. Handles well going down the road. No shakes or rattles. Not sure why as I haven’t had time to look at it. The car had the radio delete so no radio ever installed from the factory. Interior is in great shape. No rips or tears anywhere. Carpet in great
shapeas is the headliner. The outside vinyl top is like new. Paint is super nice and clean. It does have small
imperfections as from normal use over the years as in a couple scratches and some chips. Car is super solid.